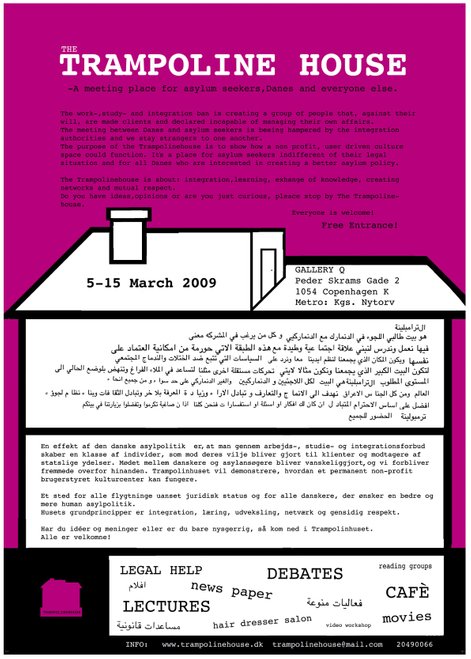 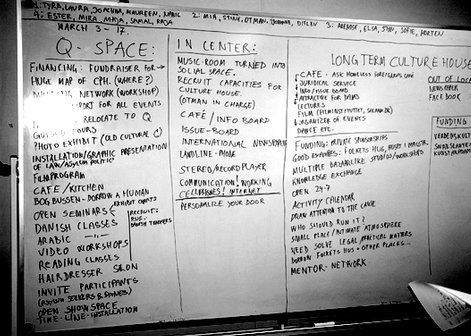 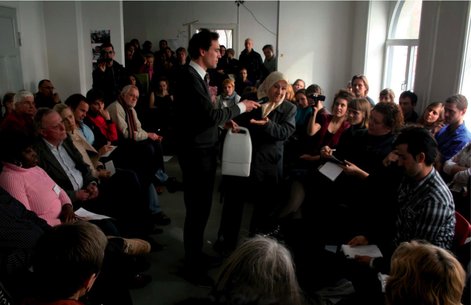 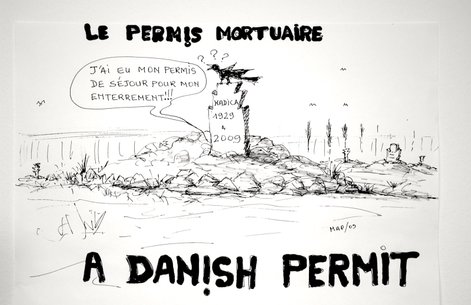 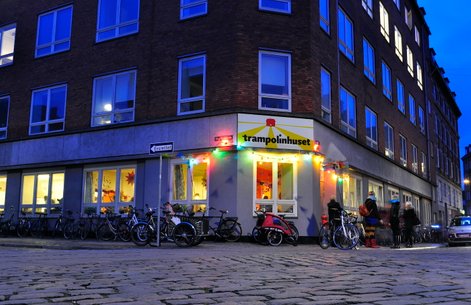 The Asylum Dialog Tank (ADT): A Process of Empowerment, Agency, and Social Change.

A social art intervention initiated by Morten Goll, Joachim Hamou, and Tone Olaf Nielsen that resulted in two permanent institutions: visAvis, a paper for people with or without citizenship in Denmark and Trampoline House a a non-profit, self-organized, user-driven culture house, where asylum seekers, Danish citizens and anybody else can meet, share experiences, and learn from one another on equal terms.

Over the course of the last fifteen years, the Danish Alien Act has been altered several times, with the aim of making it less attractive to seek asylum in the country. The Social Democrats that governed the country during the 1990s began this process, but was voted out of office in 2001, when a coalition of right-wing parties won the election on the premises of getting tougher on the foreigners. The new right-wing government, supported by the ultra nationalist and outspoken xenophobic Danish People's Party, launched a massive attack on basic human rights of refugees through a series of tightening, which today renders Denmark as the European nation with the toughest Alien Act of all.

ADT was founded in response to this situation. It took form as a series of workshops in the Danish asylum centers Kongelunden and Sandholm during the months of January and February 2009. The participants were residents from asylum Center Avnstrup, Center Kongelunden, and Center Sandholm as well as students from The Royal Danish Academy of Fine Arts, The School of Architecture, Copenhagen College of Social Work, The Danish School of Media and Journalism, The University of Copenhagen, Architects Without Borders, and more. During the two workshops, the participants collectively developed ideas and strategies on how to improve the living conditions for asylum center residents in Denmark. ADT Kongelunden had about 24 participants, 9 of which were residents. The ADT Sandholm had 46 participants, 32 of which were residents. (Read more here)

Here are some videos from the first ADT workshop we did in Centre Kongalund, a centre next to Copenhagen airport.