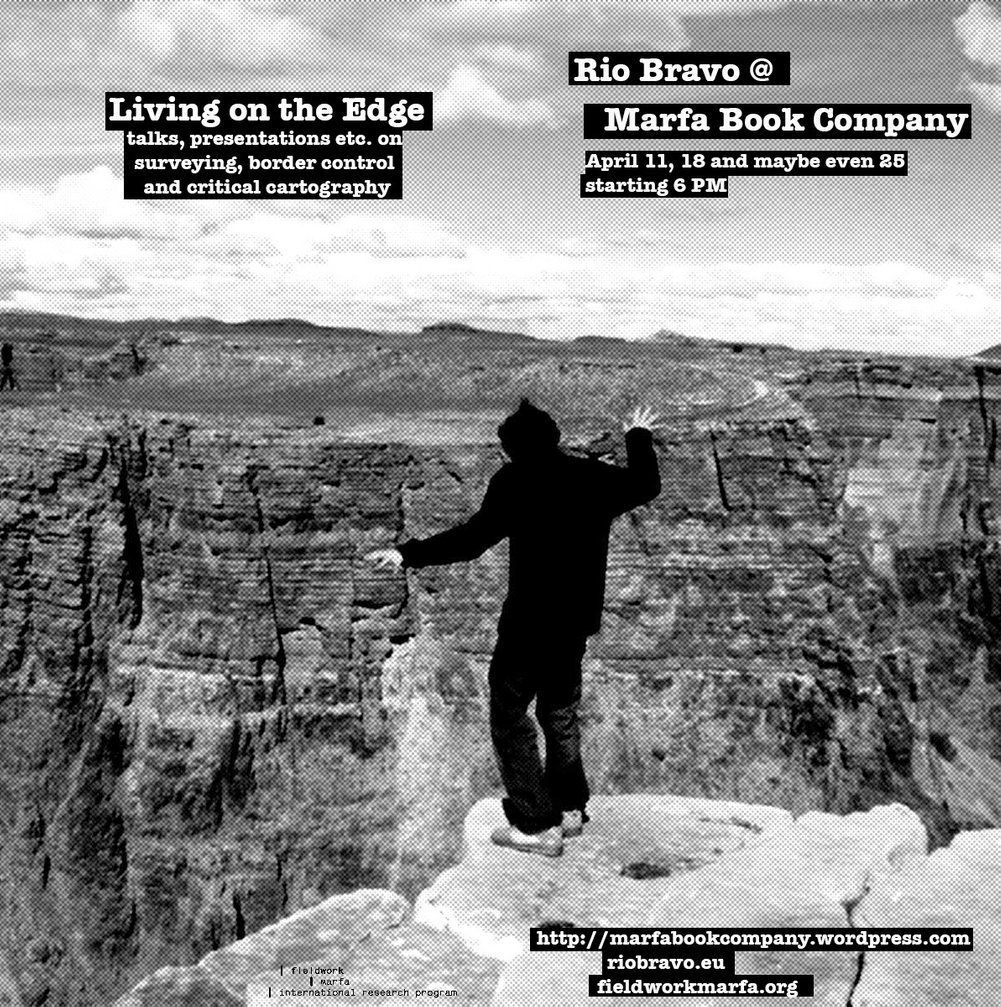 Living on the Edge a collaboration between Marfa Book Company and Rio Bravo, presented and perceived by Joachim Hamou, in Marfa, Texas, May 2013

Living on the Edge is a series of public meetings and research focusing on the specific region at the Mexican American border. The militarization of the border and the growing population and the threat from the drug cartels are just some of the issues that will be investigated. But rather then focusing on the problems and discussing what is already known the guest speakers will focus on the many opportunities and solutions that are present. 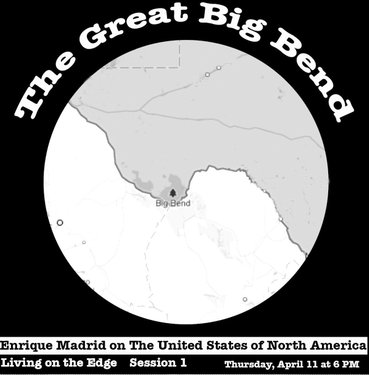 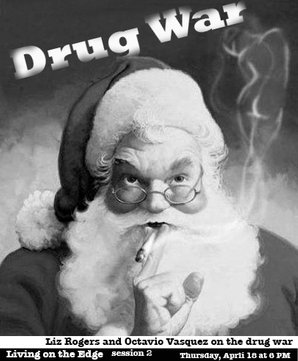 May 11, 2013
Enrique Madrid is a historian and activist living in Redford on the Mexican American border. On Thursday he will be presenting his concept of the United States of North America. His vision is to dismantling the borders of the whole North American continent. "The abyss between USA and Mexico is already filled by millions of inhabitants and this is the fastest growing region in North America. Now there are 20 million people living here but in 20 years there will be 50 millions. And no border patrol will be able to stop all those people crossing the border". Big Bend is the name of the region in South Texas following the shape of the border with Mexico. On the Mexican side there is an equal bend just west of the first mentioned. Enrique points out that this is a region that is geographically, culturally and symbolically intertwined and he propose the region should be renamed The Great Big Bend.

May 18, 2013
"Americans are crazy about drugs" says federal public defender Liz Rogers from Alpine, Texas. She and her colleague, investigator Octavio Vasquez are probably the ones that knows most about this having to defend immigrants and "mules" – people carrying marijuana across the Mexican American border. A starting point for this discussion could be last weeks guest, Enrique Madrid; "the war on drugs we know how to win it. You won it, I won it we don't take drugs – right, no weapon can win this war"

May 25, 2013
UC Berkeley Professor Ronald Rael San Fratello will present a series of critical / theoretical / architectural interventions he has designed for the US = MEXICO border together with author Marc Glover who talks about his explorations around Rio Grande/Rio Bravo troubled water making up the border. The discussion looks at the opportunities this contentious region presents. 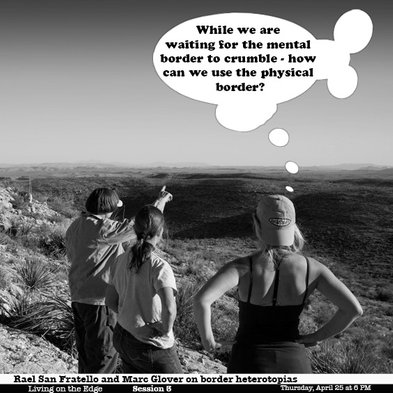