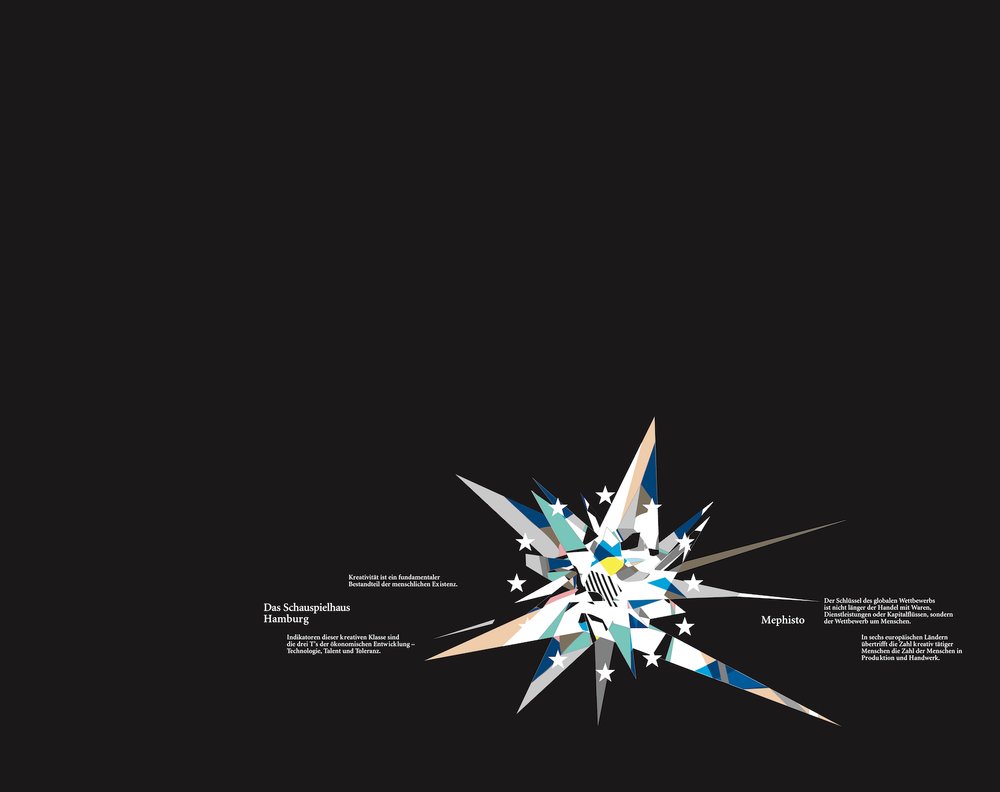 Based on the novel by Klaus Mann, the story pictures the life and career of german actor/director Gustaf Gründgens.

In the 30s and 40s, Gründgens career rockets when he gets headhunted to build the theatre of the Third Reich. After the war he transforms into a front-figure of the re-construction of West German theatre.

I did the scenography, costumes and masks that were used in the play. But the most intersting and inspiring work was the collaboration I established with different specialists in the corporate design sector. My idea was to borrow the furnitures and design knowledge that had been used for the branding and development of the Danish EU presidency in 2003. Together with the company Kontrapunk we developed a new backdrop, tagline and branding strategy. This was to show and infuse the play with the power and aesthetics of contemporary political and corporate design. Kontrapunkt came up with the redesign of the EU flag for the occasion based on the most powerful tool at the time being the Excel system. The design was made by the Swedish graphic designer Andreas Emenius and the concept development by CEO of Kontrapunk, Christian Madsberg. It was an eyeopening research and understanding of the mechanics and work behind corporate and international politics.

I put together a catalogue for this show in Denmark and tried to get one for the German version too. However they were not interested in the catalogue in Germany. Here are two of the articles from the Danish catalogue. The first article is written by the Director of the Royal Theatre in Copenhagen where we had the premiere. He is an old politician and escape any framing of being a powerful person with skilful rhetorics. The second one is from the CEO of the design bureau Kontrapunkt that I mentioned before and the last one is my letter for negotiating the project in Germany. 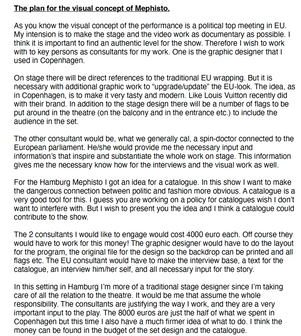 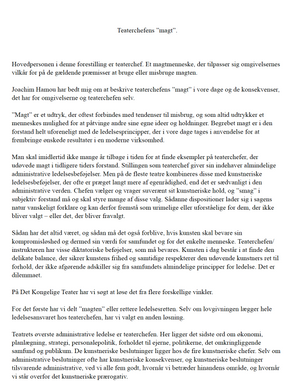 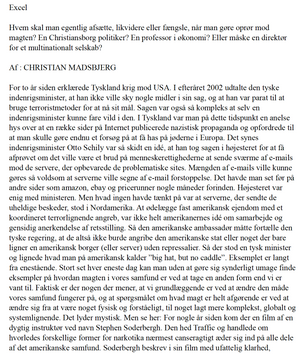 The video here is from the opening scene of Mephisto in Copenhagen with actor Anders Mossling as the main character in the scene.