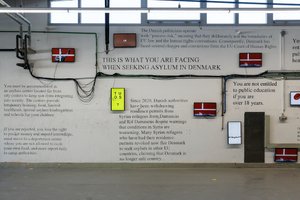 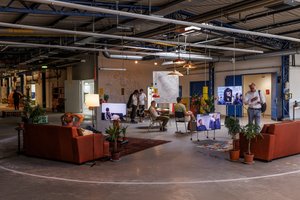 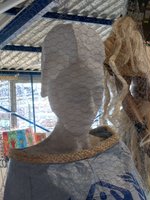 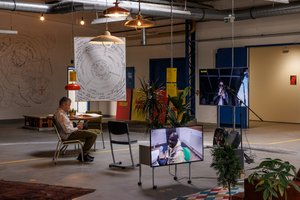 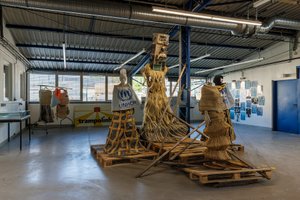 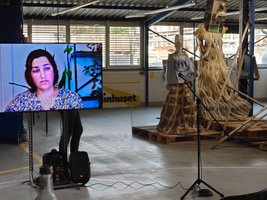 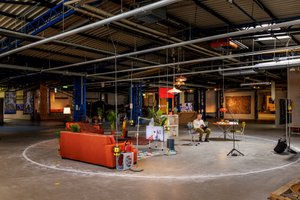 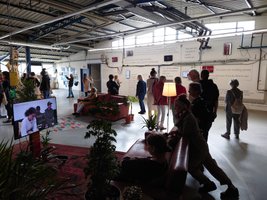 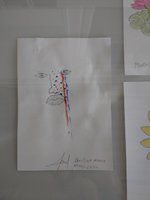 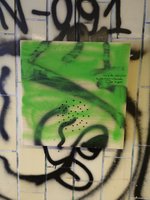 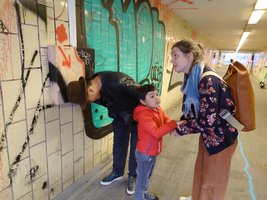 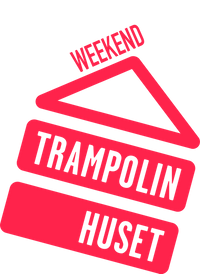 For documenta fifteen, Trampoline House have aimed at creating a conversation, a circle, between Trampoline House and Kassel. With art projects, workshops, and performances exhibition visitors are invited inside Trampoline House and inside displaced people’s difficult lives in the Danish asylum, deportation, and integration systems. The idea is to create awareness of the Global North’s violent and discriminatory migration policies and to imagine a better asylum system together with the exhibition visitors!
The main installation in the Hübner areal in Kassel during documenta fifteen is called “Castle in Kassel”. There is also a site-specific sound installation “The Walls Have Ears” in the pedestrian tunnel Platz der Deutschen Einhe and a series of performances and workshops during the whole exhibition period.

Hereunder is a film from the workshop I did in the deportation camp Kasøegård in Denmark.

Background
In June 2020, Trampoline House was invited to participate in documenta fifteen by the Artistic Directors, ruangrupa, and their Artistic Team.
The house was invited to join an international lumbung network consisting of 14 collectively organized projects/organizations with roots in art. For two years, the lumbung members have exchanged thoughts, initiated collaborations, and developed projects based on the lumbung principles.
Following the invitation to join the lumbung network, Trampoline House invited members and friends of the house to form an Artistic Team, responsible for participating in the lumbung meetings and for developing lumbung collaborations and projects for the exhibition.
Since January 2022, the team members have hosted different workshops in Weekend Trampoline House in Copenhagen and produced art works and videos documenting life conditions in the Danish asylum, deportation, and integration systems.
Because Danish asylum legislation prohibits asylum seekers from leaving the country while their case is pending – and only allows for rejected asylum seekers to travel back to the country they fled – many of the people who have contributed to the projects we will exhibit in documenta fifteen can't travel to Kassel for the opening.
With the videos and writings, drawings and installations, workshops and events developed for the 100 days in Kassel, Trampoline House artistic team bringing their calls to action and change to all the visitors!

Herunder is a video I filmed and edetid for Morten Goll. He did a workshop with childer having grown up in Danish asylum centres.