Former Café Teatret, now Sort/Hvid, in Copenhagen has decided to make use of its facilities in order to expand the notion of theatre as a socially engaging artistic platform beyond the average understanding of a theatrical narrative, both in its content and in its form. Café Teatret invited me to make a proposition on farming in Denmark. There is a long tradition for farming in Denmark and even today many people still have relatives or friends working in the farming sector.

As a foreigner I have the exclusivity of not being implicated in any other way than as an observer, having no family ties or farming friends. After having done much research in the field during the last year, I have come to realise that agriculture-politics and the farming-industry touch upon some of the most fundamental ethical and political problems in society. LAND proposes to be a document and an event that could be part of a greater change in the general discourse on agriculture politics. The implications of modern agriculture reach so far into the national interests that baptising the project LAND, seamed appropriate. To investigate this topic and at the same time produce a performance that can be accessible and enjoyable for an audience, I have decided to work on three parallel levels. Parallel to the presentations at Café Teateret there will be ongoing workshops/seminars with invited guests. From noon to five, there will be public workshop/seminar.

These workshops/seminars produce the knowledge and argumentations for the performances. Students, volunteers and activists in the field attend these workshops, who are open for public as well. The performance serves as an introduction to the audience about the topics and the questions emerging from the seminar. During the performance there is also a practical level presented in the form of regular experiments that are carried out in the room, such as micro farming, production of drinks and food made with crops found in the wild, practical input on how to reduce food waste etc. All this is carried out by experts and conducted like a regular show with with the added Q&A with the audience. 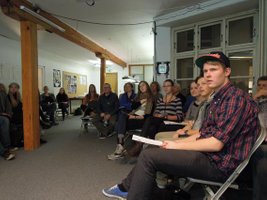 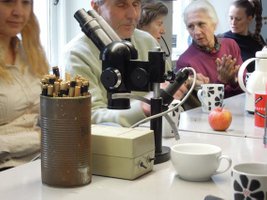 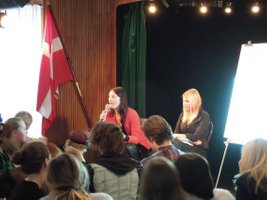 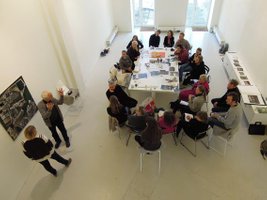 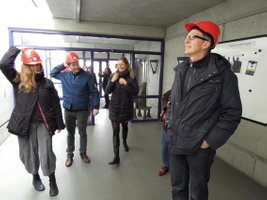 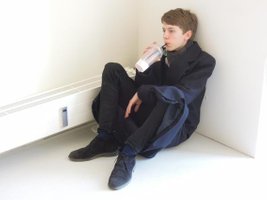 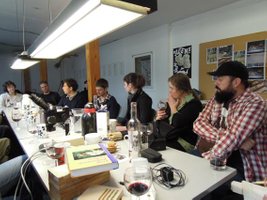 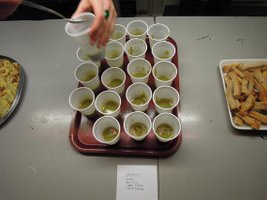 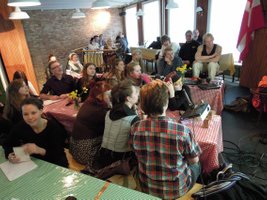 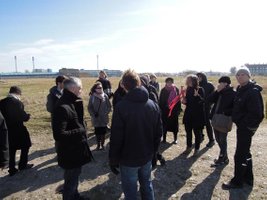 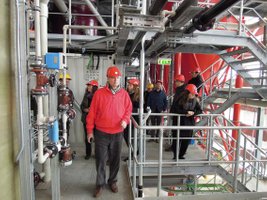 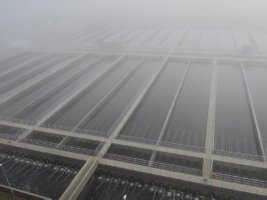 Denmark has always been a great farming land. With the industrialisation of agriculture after World War Two, Danish farming became a high-tech industry. Being an important part of the Danish economy the farming industry also became increasingly politicised. Today, the farming industry is attempting to enter the energy sector as well and by doing so it enters into a new political domain. The farming industry has become a global industry with global actors investing in different farming sectors and the merging of global and regional regulations are becoming more apparent. It is therfore impossible to isolate the Danish farming industry from EU since its regulations and financial support are tied closely together.

National farming mirrors modern national politics as both are increasing bound by larger regional and global contracts. It is therefore a great time to look into all aspects of the farming industry. Already from the beginning of the LAND project there has been a tremendous attention from people in the field both nationally and abroad.

The four long-term guests are:
Opensource Food (Arandse Krabbe and André Amtoft)
“the territory”
Opensourcefood is an art collective and a movement that challenges the accessibility to natural recourses that are both planted and in the wild. They look into gleaners and trespassing laws as well as what can be harvest in the wild. By investigating all aspects, from nutrition to legal issues, of agriculture and foraging they highlight the democratic and social aspect of national resources.

Silvia Gaiani “the wasted resource”
Silvia Gaiani just finished the book “transforming food waist into a resource” that points out the enormous problems in the alimentation industry both environmentally and socially. But she also proposes solutions in a multitude of areas from agricultural and alimentary regulations to distribution. In a word with constantly growing population and a growing number of people suffering food insecurity her policies are rapidly gaining attention. Silvia will work with identifying the specific needs and possibility in the national Danish context.

Michael Singer is an artist planner and architect working with a holistic approach to create sustainable structures, not only to reduce the environmental impact but also for the community using the facilities. In Florida Michael worked on a project restoring water ecology and at the same time creating access to the water for the resident of the area. With “the edge” concept Michael want to look into the water both in the city of Copenhagen and on the farming fields. The idea is to work with the meeting point between the cultivated land and the water in order to reduce the impact and damage of from the land and improve the water quality.

“The roundup”
Mickey Gjerris is constantly confronted with political and ethic questions, both in his research at the national centre for biotech and risk-valuation (CeBRA) and as a member of the Danish Council of Ethics. Mickey has accepted the assignment to round up the whole process and by doing so highlighting some of the core issues in the farming industry; meet, bio-fuel, genetically modified crops and the industrial structures. This will be the opportunity to produce some propositions and arguments in a national debate that might have the biggest global impact.

The short-term guests
The short term guests are guests who will be invited to the performances and workshop/seminar primarily because of a specific function. The list is constantly growing and changing in accordance of the needs for the workshop and performances. The idea is to have at least one new guest every day and evening.Example of invited guests who have accepted the invitation so far are; environmental minister Ida Auken, professor Else Marie Bukdhal, farmer Harald Krabbe, architect Stig Andersson, activists from DYRK, refugee and gleener “Stanislav”, restaurant owner Thomas Harttung, artist and environmental activist Søren Dahlgaard, project manager Maria Beyer, Thomas Hattung The chairman of the organic food company The 4 Seasons and many more.