It's a simple rhetoric question: What is the Arabic Theatre?

There is no given answer because then one have to answer; what is Arabic?

In November 2008 the Nomad-Academy organized an exhibition at Sharjah Museum of Modern Art in the United Arab Emirates. The participants were mostly Danish or Danish residents. “Le théâtre Arabe” is an installation made as a site-specific piece for the museum.

Arabic is originally a geographical term conceived in colonial times, that many Arab-speaking people have begun to appropriate and use to define cultural institutions that bear only small similarity to one another. The theater was chosen as a place to address this question, because the stage is an active place that is supposed to reflect the culture it exists in.

“Le théâtre Arabe” is a 3x3x3m cube made in traditional green, white and black Arabic colors and takes the form of a fully operational stage that includes lights and space for audiences.

The sheik of Sharjah visited the installation on a VIP opening and asked me: “What is Arabic Theatre then?”. “I don't know” I had to answer. “But maybe you being here is the overture?” Some pictures were taken and he continued to the next piece in the exhibition. 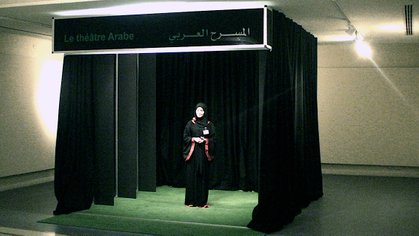 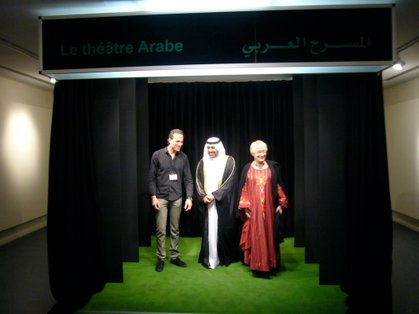 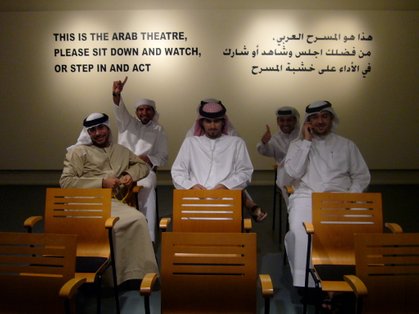