OUT OF THE DARK is a unique possibility to see some of the most influential Scandinavian female directors from last century. Some of the films haven't been shown since 1987 and there have not been any previous historic festival of the kind before.

The importance of the 5 films shown in OUT OF THE DARK are not to be underestimated. There is in these films a real attempt to address a feminine gaze as opposed of the dominant male one. But it is not only from a gender political position these films are of a huge importance. The films had also formally a great importance formally. Up until 1990 the film industry was available for this type of experimentation and the films were shown in mainstream cinemas.
20 years later it is about time to scrutinize the lack of courage in film industry to engage in alternative positions. By showing these films that were quietly suffocating in our film archives we take the first steps in this re-emancipation.So sisters, grab a brother under each arm and join us from 6 PM in Husets Biograf Sundays September 30 and October 7 – it’s free!The whole event is part of Copenhagen Art Festival and arranged by Joachim Hamou.

The films will be presented chronologically starting Sunday September 30 at 6 pm with 3 films:"Älskande par" (Loving couples) by Swedish Mai Zetterling 1964 was so controversial in its content it was banned from the Cannes film festival. She was way ahead of her time in terms of both content and form. In this film she touched upon topics such as homosexuality, women's right and nudity.In the Finnish director Eija-Elina Bergholm "Marja pieni" (Poor Maria) from 1972 is told the tragic tale of the dependent woman Marja who struggle with the problem of getting her own independence economically and sexually in an oppressive society.The Norwegian director Anja Breien made the film "Hustruer" (Wife's) 1975. One could speculate it was a direct comment to her male counterpart John Casavettes "Husband". The film follows a group of wife's in the Norwegian society. Anja Breien has never hided her social political engagement and her raw style gave her the title of "dogma director" in the international film guide 20 years before the genre was invented.

On Sunday October 7 starting 6 pm will be shown 4 films:"Barnförbjudet" (Child Prohibited) 1979 by the Swedish director and artist Marie-Louise Ekman (previously DeGeer-Bergenstråhle) is maybe one of the earliest examples of crossover artist being both a director and artist. In this film that until 1987 was shown in Danish schools, she reverse perspective in a grotesque Alice in wonderland world where the child tries to make sense of the adults around her refusing to make her birthday a success. The Norwegian director Anja Breien made a second "Hustruer" (Wife's) film 1985 exactly 10 years after the first one. She used the film as an anthropological tool to investigate the state of mind and the changes in society with the exact same cast as in the first film.The Finnish director Eija-Elina Bergholm's second feature film "Angelas krig" (Angela's war) 1984 was mostly produced in Sweden and was a controversial issue in Finland since the story turns around a Finnish nurse falling in love with a German soldier. Finland made alliance with Germany during a brief period of the Second World War to get rid of the Russian occupation. However the Finns ended up having to fight a cost full war against both the Germans and the Russians and therefore the love story wasn't as clear as the audience could wish for. Neither for the producers who cut her budget and forced Eija-Elina to make a reduced version.The Norwegian director Anja Breien ends the festival with her last "Hustruer" (Wife's) film from 1995. Now 20 years after the first one. 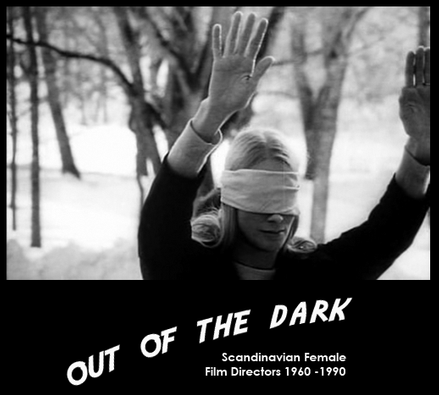