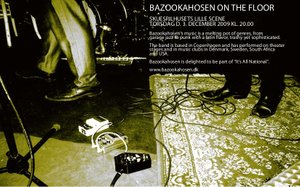 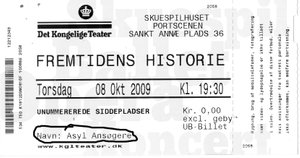 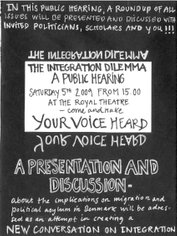 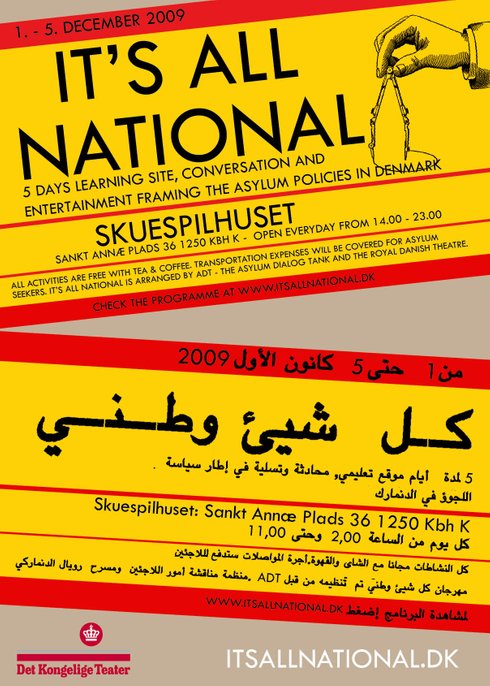 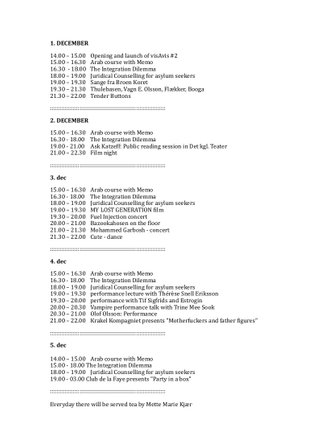 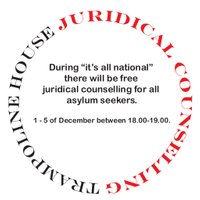 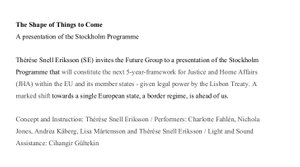 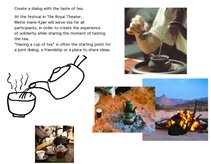 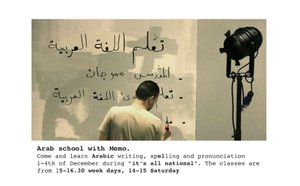 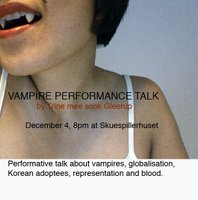 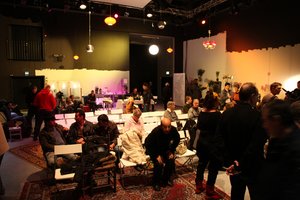 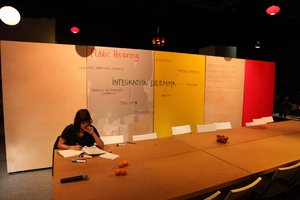 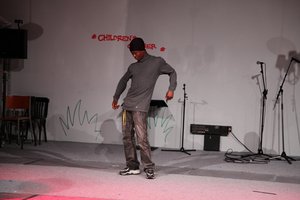 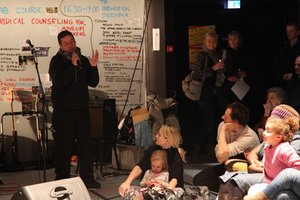 Hereunder some of the individual posters and flyers produced for the event. And photos and videos... 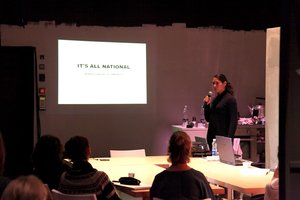 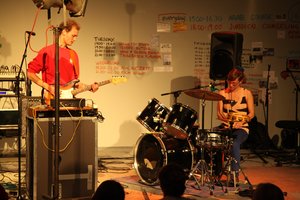 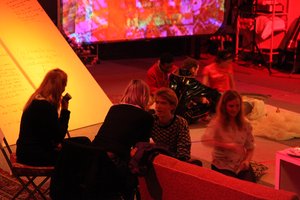 ABOUT TNT – TEMPORARY NATIONAL THEATRE: Temporary National Theater (TNT) (http://www.temporarynationaltheatre.dk/) is an investigation into the nature and identity of "national" theatre organized by Directors Anders Paulin, Mia Lipschitz and architect Tor Lindstrand who have invited three guest curators, Architect Lene Mirdal and artists Jacob Jacobsen and Joachim Hamou, to organize programming for TNT this season for the Royal Danish Theatre from the 17 of October 2009 – 24 of April, 2010. The main objective of TNT is to examine different potentials for a cultural arena; understood as a public space where the Citizen and Institution meet to define collective ideas of identity, ethics and social imagination. This program is being developed in co-operation with institutions as well as individuals from a number of different disciplines and fields. The more different perspectives and diversified expertise, experience and strategies that fill up the space, the more impossible it gets for one identity to claim power over the space and it’s representations of a dominant national narrative, Thereby allowing a temporary transformation of a national stage into a public meeting room.

About ADT ASYLUM DIALOG TANK (Asyl Dialog Tank) ADT seeks to have a permanent space, which is free from governmental involvement, where Danes and asylum seekers (non-Danish citizens claiming refugee status) can meet and exchange services, knowledge etc. The aim is to move away from defining asylum seekers through a victim position and towards a civic position where asylum seekers and Danes can create platforms for dialog, recognition, and understanding. ADT is an open platform where several members of Danish society can engage and provide help to individuals seeking asylum in Denmark. ADT does not judge the strict Danish legislation on foreigners, rather ADT is concerned with the social design of the asylum centers where people are held for years, with limited rights and conditions, which are not prison-like, but still resemble a form of incarceration. (www.trampolinehouse.dk and www.visavis.dk)

About IT'S ALL NATIONAL program for the National Theatre. The organizers of IT”S ALL NATIONAL are using these series of events to provide a framework that can start a dialog and conversation with the citizenry of Denmark, through seminars, readings, performances, and concerts looking closely at political asylum policies in Denmark.

IT"S ALL NATIONAL: A 5 DAY LEARNING SITE FOR CONVERSATION AND ENTERTAINMENT FRAMING THE ASYLUM POLICIES IN DENMARK.

IT'S ALL NATIONAL is a 5 day event, from the 1st – 5th of December, 2009 organized by Asylum Dialog Tank (ADT) and Joachim Hamou as part of the Temporary National Theatre (TNT) project hosted at the Royal Danish Theatre.

IT'S ALL NATIONAL has been organized as a series of events that will make the theatre available for conversations, presentations and entertainment as part of an inquiry into asylum policies in Denmark. A selection of guest artists, researchers, philosophers, lawyers, politicians and asylum seekers will be invited to present perspectives on stage with a wide range of positions and opinions about asylum policies and integration in Denmark. The aim is to provide a stage for asylum seekers and Danes for dialog, recognition, and understanding.

ADT and its collaborators are looking into transnational and global societies to provide content, concepts, and ideas for presentations to generate dialog during this five-day period. Turning the stage of the Royal Theatre into a learning site for active discourse on immigration, integration and humanitarian issues related to asylum policies at a national and global context. The sum of all these presentations will conclude with a public discussion seeking a summary of all the activity throughout the week for a constructive dialog with the invited guests.