UIP27 is a film based on a hypothetical scenario, where a united Palestine and Israel meet in court.
The territorial conflict between Israelis and Palestinians is radically re-examined in this performative project, which is the result of a public seminar attended by lawyers, observers, anthropologists and historians. A discussion that had a direct impact on the direction the film took during the shoot.
The year is 2027, and the endless conflict has finally found its natural equilibrium: the two states have merged into United Israel Palestine. Through this imaginary future scenario, 'UIP27' takes a futuristic look at the current conflict, while the film's fictional dimension is more a theoretical or

hypothetical space in the form of a courtroom, where the different viewpoints meet and interact. The issue being fought about is a small piece of land that a Palestinian family has been granted the right to after it was annexed by a Jewish family in 1970, which in the meantime has invested in and developed the land by building a well, and therefore needs to be compensated. Not even the hermetic, Brechtian setting is immune to the individual players' personal passions and conflicts. 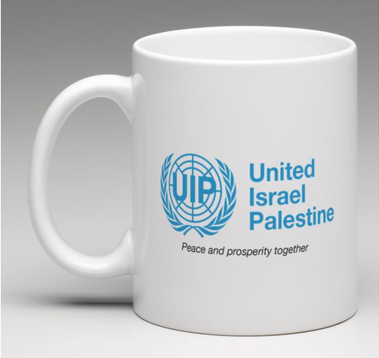